MORE THAN ONCE UPON A TIME

MORE THAN ONCE UPON A TIME 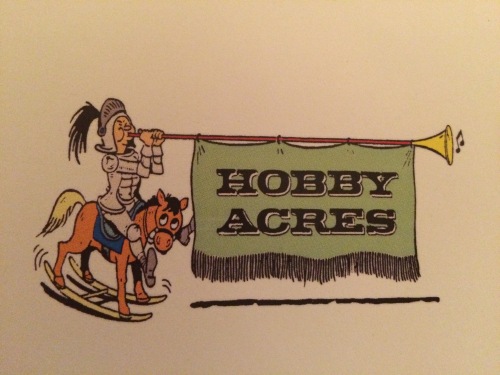 How we found our Hobby Acres Homes

We have been married 42 years and we have lived here 36 of them! 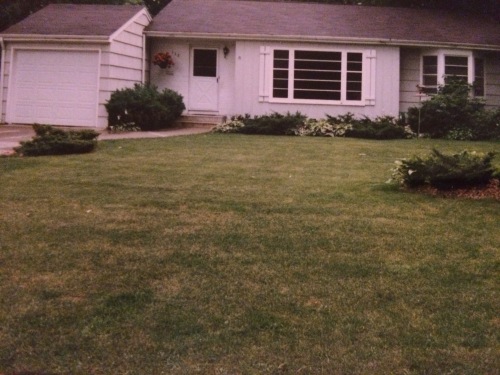 Andre and I were married in July of 1977 and living at Cedars of Edina where we began our first home search in the spring is 1978 looking primarily in the Edina area. Later that summer when we shared this news with our friends who had just bought a house in Hopkins, they immediately encouraged us to look in Hopkins instead. So the next Sunday, one ad in the Star Tribune that really stood out read: HOPKINS HOBBY ACRES…112 East Farmdale Road…So we left Edina & found Hopkins. We saw the “Hobby Acres” sign, & made the turn from 5th Avenue(which was also known as Hwy.169 at the time!) to Wayside Road to Farmdale Road for the first time that Sunday and felt like we’d entered the Promised Land. Above us were the majestic elm canopies over the street and around us were lovely homes nestled in this park-like gem of a neighborhood. It was love at first sight. We were home. 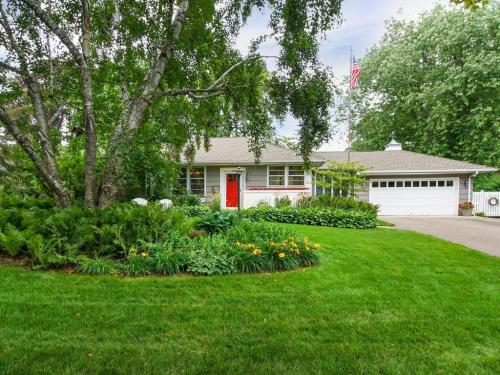 When it came time to think about returning to America to live, there was no question about “where” because our roots were in Hobby Acres in Hopkins, MN. That reality did not happen by accident. Some seasoned missionary friends gave us the good advice to do our best to maintain ties with friends/family here even though located half a world away. We took their advice to heart and as a result Hobby Acre in Hopkins was the logical choice for our next USA home. But we had a few hurdles to jump.

For one thing, Hobby Acres was (and still is) a hot commodity. It’s a place where the house sells before the sign goes up (like it did when we sold 112 East Farmdale) so we knew we’d need to pray for a miracle and get creative in our search. We did both. We started asking our Hobby Acres friends to keep a lookout and the summer before we returned, when we were in the neighborhood, Andre started knocking on the doors of houses we particularly liked. As a result of that, we did have one possibility on Farmdale Road West to think about.

But that wasn’t the only one.   The night before we left the neighborhood in 1996 to return to Russia we were driving west on Wayside and all of a sudden I pointed at 309 West Wayside Road and said, ”Stop and ask this house cuz I’d always liked it.” We’d gone to a Pink Flamingo there once. I remember standing in the entryway and saying to myself, “I could live here.”

We didn’t know the current owners, but Andre knocked anyhow and a young lady answered with her husband standing right behind her as Andre said, “Hi, we used to live in this neighborhood on Farmdale and love it. We are living overseas this year but moving back next year and we really like this house and we’re wondering if you’re thinking about moving?” The lady looked at her husband and looked at André and said, “ No we haven’t but it sounds interesting!” So our miracle happened and our God made a way where there seemed to be no way —something out of nothing—and as a result in October of 1997, 309 West Wayside Road became our second Hobby Acres home. 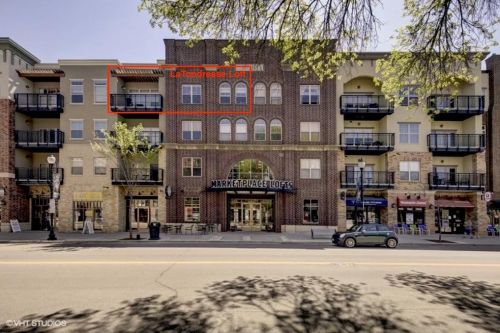 We first seriously entertained the idea of moving from our beloved Wayside home this past January in the dead of winter. Winter has its charms, esp. for blue-blood Minnesotans, but, nevertheless, we began to ask the question of how much longer we’d be able to maintain this wonderful property with all the gardens, pond, and seasonal duties.  Our son, who lives with his family in a nearby Hopkins, suggested the Marketplace Lofts downtown because we’d still be very close to his neighborhood and to other Hopkins treasures.  I did some research which showed that most all of the recent properties there had sold off-market so we knew we’d have to have help from someone well-connected, who lived there. God brought to mind a former neighbor and friend who lived there for the last couple of years, so we called her up and invited her for lunch.

Andre and I prayed the God who’d worked spectacular miracles to give us every former house we’ve lived in would do the same kind of remarkable, spectacular ‘something out of nothing’ miracle to make the next move apparent and to show us His clear leading. He brought to my mind verses in Isaiah 46:

So we invited our friend over for lunch and asked her if she could help us and she said she would.  That was on March 2. Shortly after that she showed us the first of two Marketplace units which were available and empty. We saw the second unit on Good Friday, March 30. It was close to what we wanted but there were multiple offers on it. We weren’t prepared to offer, so some one else got it.

We knew then that we needed to get our act together ahead of time to be able to make an offer pronto should another unit come up —so both logistically and financially we started to get ready esp. by starting our ‘archeological dig’ at 309 W Wayside.

Then the remarkable, spectacular ‘something out of nothing’ miracle to make the next move apparent and to show us His clear leading happened!

On April 9, a realtor friend, his wife, and our loft-owner friend, met with us at our house. We invited them over to go thru our house and give us ideas of things to do to get the house ‘top dollar’ ready to sell as soon as possible.

Three of us were seated in the living room and the realtor friend was going over a few suggestions while we waited for our loft-owner friend to arrive. She soon did, and after taking off her coat and sitting down, took charge.

“This meeting isn’t just about getting your house ready to sell. I’m thinking of selling my unit and I want to sell it to you guys…! My boyfriend and I have decided to ‘cohabitate’, and we need more space than my loft has because he wants to have an art studio.”

Oh my! – We recovered quickly enough to accept that offer.

Next—what had to happen is that the boyfriend who had a place in Uptown had to sell it. HE DID.

And then the two of them had to find an acceptable place to buy–in this part of town. THEY DID.

Next we met with our loft owner friend to agree on her selling price, sign a purchase agreement, and put our house on the market pronto.
WE DID.

“Something out of nothing.”  Many details needed doing fast.  God answered our prayers so Andre had just the right helpers at key times to lighten the load since my ability is limited.

Life has a funny way of coming back around full circle.

Andre and Barbara are moving into the downtown Hopkins condo unit of their former 112 East Farmdale neighbor.

Her place is perfect for us:  2BR, 2BA, 2 fireplaces, den, large balcony, walk in closet, gourmet kitchen, pantry, washer, dryer, 2 garage stalls and handicap accessible!  Of all the units possible in her building this is the one that will be ideal for us and it’s a miracle that it’s the one we’re buying.

More than ‘once upon a time’.

This entry was posted in Stories. Bookmark the permalink.

4 responses to “MORE THAN ONCE UPON A TIME”